Online Canton Fair is new pattern, it is not only a powerful measure for China to consolidate the epidemic prevention and control, and expand economic and social development, but also an empirical demonstration of the innovative development of foreign trade. It embodies the motivation and innovation of Chinese foreign trade personnel, and bring opportunities for global trade. During the 129th Canton Fair, JNJ SPAS agglomerate mental efforts and gained a lot.

During the exhibition, over 90% of Guangzhou enterprises have obtained intention orders, the number of which is close to 5000. Orders from Europe and America are still in the forefront, accounting for 42.76% of the total turnover, “the Belt and Road” market has a positive trading situation, and foreign trade companies have achieved their goals of stabilizing their shares and grabbing orders. Through the accumulation of experience in the previous two online Canton Fair, our company has mastered the operation process of the platform and is more fully prepared. Official website of Canton Fair has further improved in terms of user registration, navigation retrieval, mobile terminal applications, docking discussion, intelligent customer service, etc. Exhibitors and overseas buyers praised these improvements. 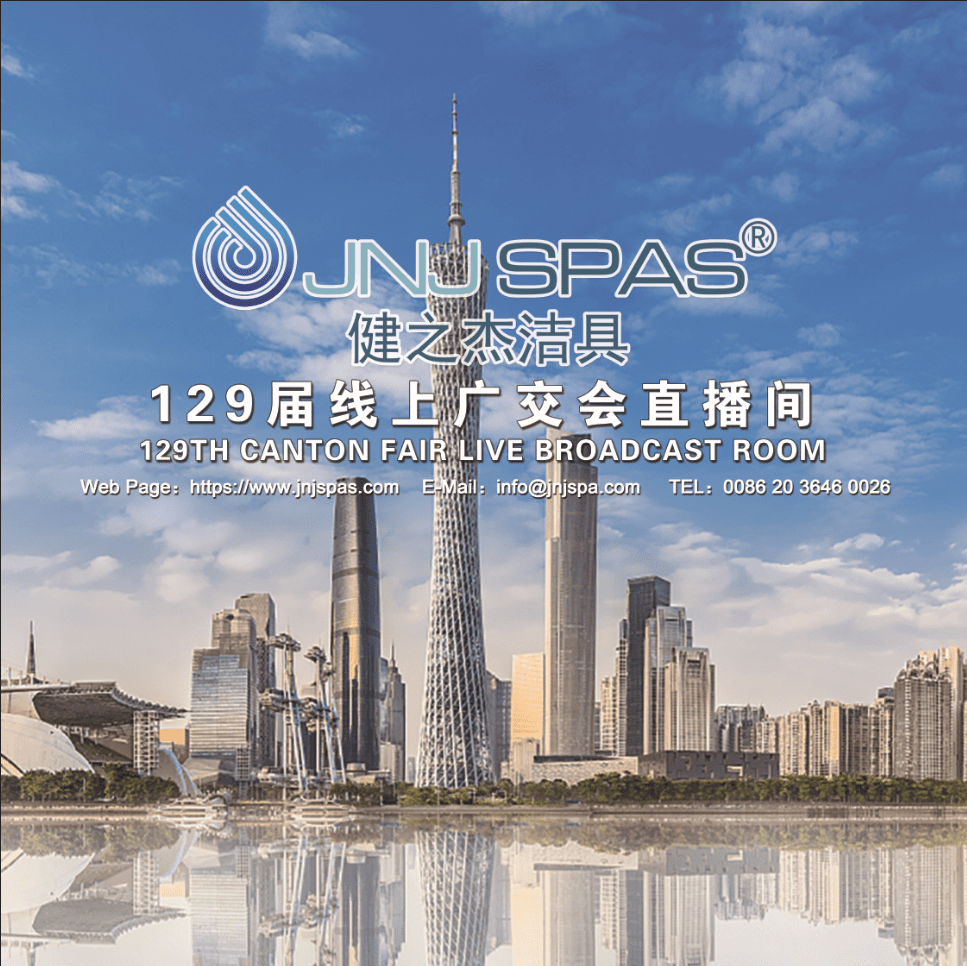 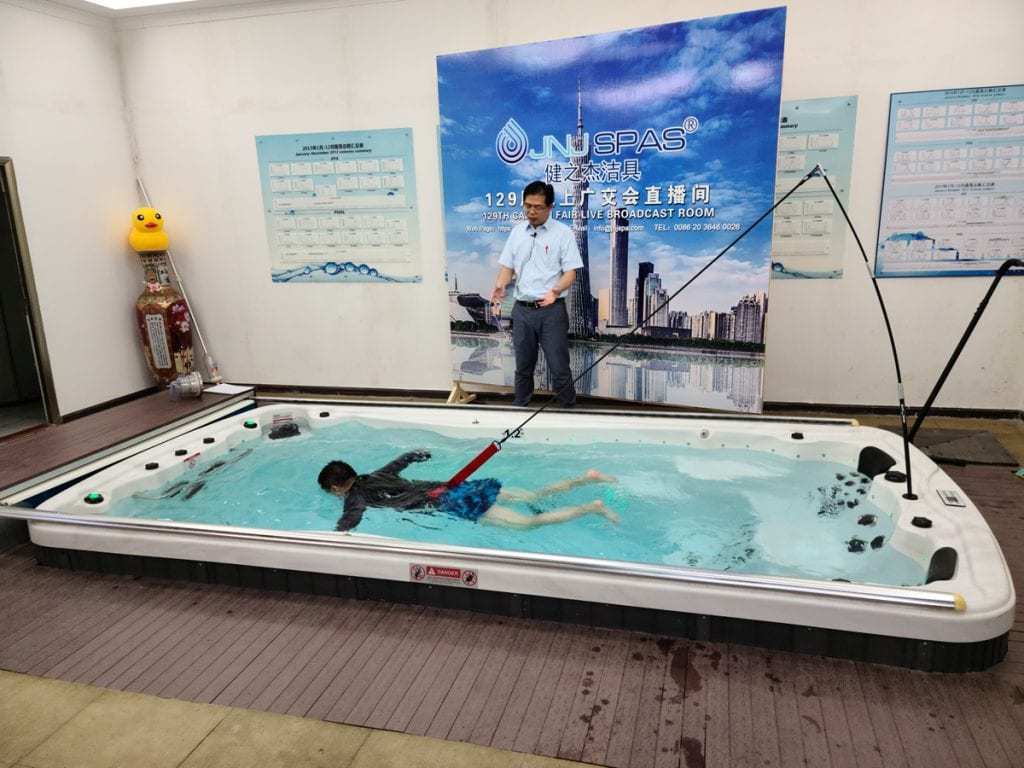 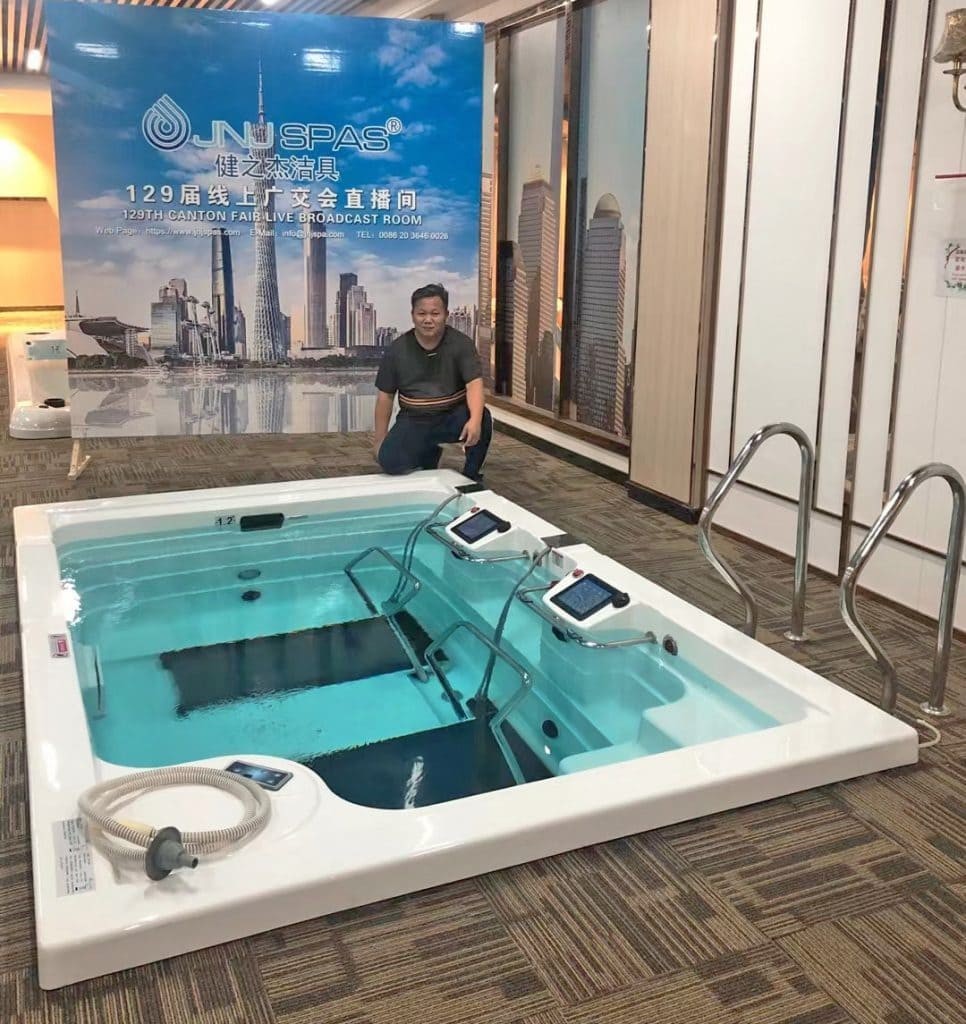 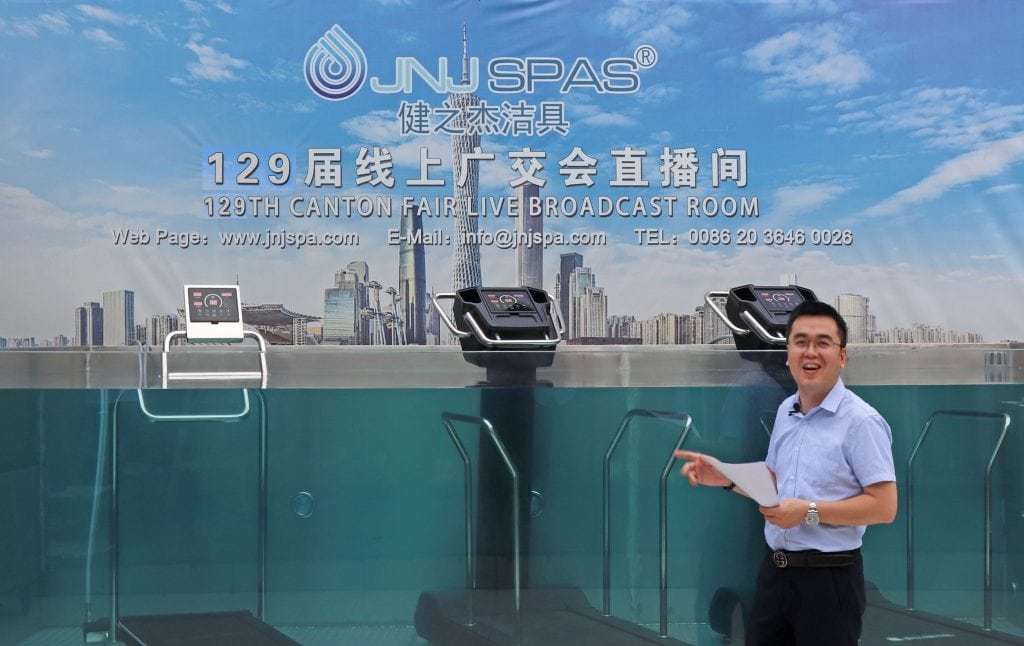 Guangzhou J&J Sanitary Ware Co., Ltd. continues the online live broadcast display method to introduce the products in Physical Experience Hall, and this is the first time we introduced our new factory in Huadu district on the 129th Canton Fair. At this online Canton Fair, we set up a total of 10 live broadcasts, 7 of them were conducted at our main factory in Baiyun district, the rest 3 were set up at laboratories, drilling workshop, water testing workshop of our new factory in Huadu district. We received inquiries from 18 national regions at the 129th Canton Fair, the inquirers sent purchase intention for our Pro swim spas, Jet pools, Fitness treadmill pools, outdoor spas. 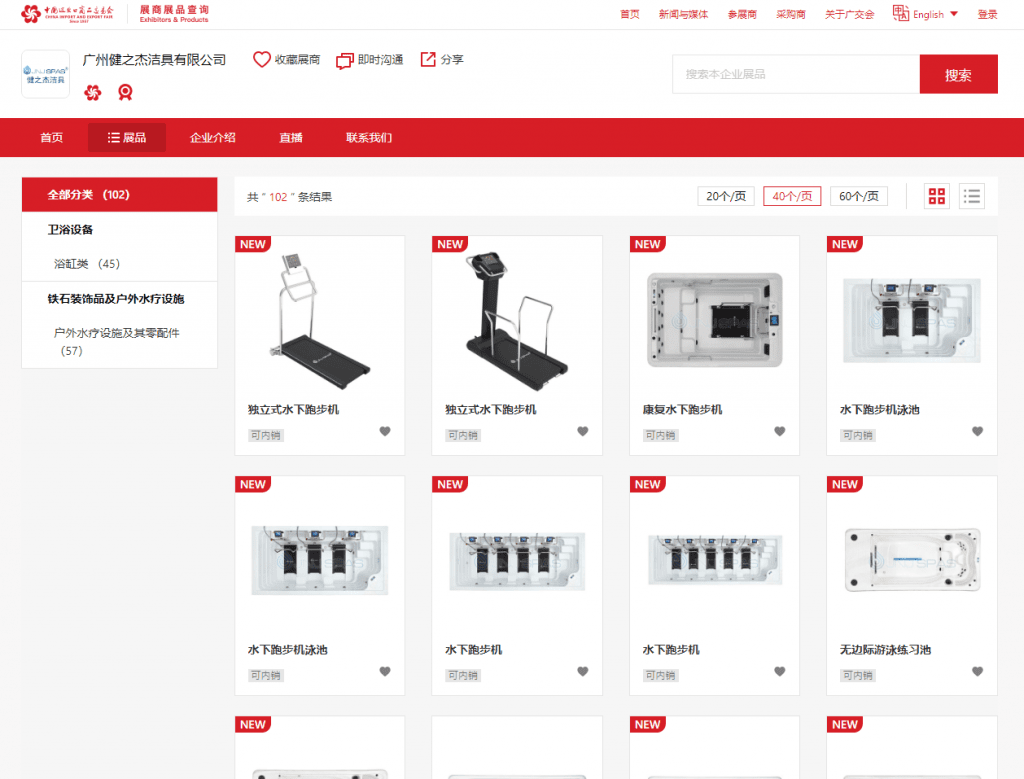 At this online Canton Fair, we highly recognizes the optimization and upgrade of related functions of the Canton Fair official website. Gu Zhongfei, deputy general manager of sales department, said that the Canton Fair official website has optimized functions such as supply and procurement docking, online showroom management, customer service, and new functions such as information distribution and store one-click sharing, making the docking between enterprises and customers smoother. Some companies said that online exhibition hall can quickly generate WeChat, Facebook, Twitter and linkedin QR code, and can be directly shared with customers, greatly improve the efficiency of supply and procurement docking. In addition, the Canton Fair official website platform has been more accurate and the technology has been significantly improved, the number of visitors has increased significantly compared with before, many companies have received a lot of inquiries during the exhibition.

The first Canton Fair was held 64years before, now the Canton Fair has been upgraded from an export platform to an all-round opening-up platform, helping foreign trade companies to explore the domestic market, and promoting import and export companies to participate in the construction of domestic and international dual cycle to enhance mutually. The image of China as a responsible major country and its open mind are once again demonstrated to the world through the Canton Fair. 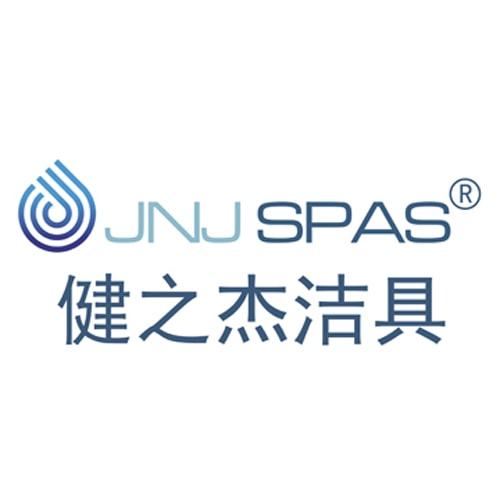